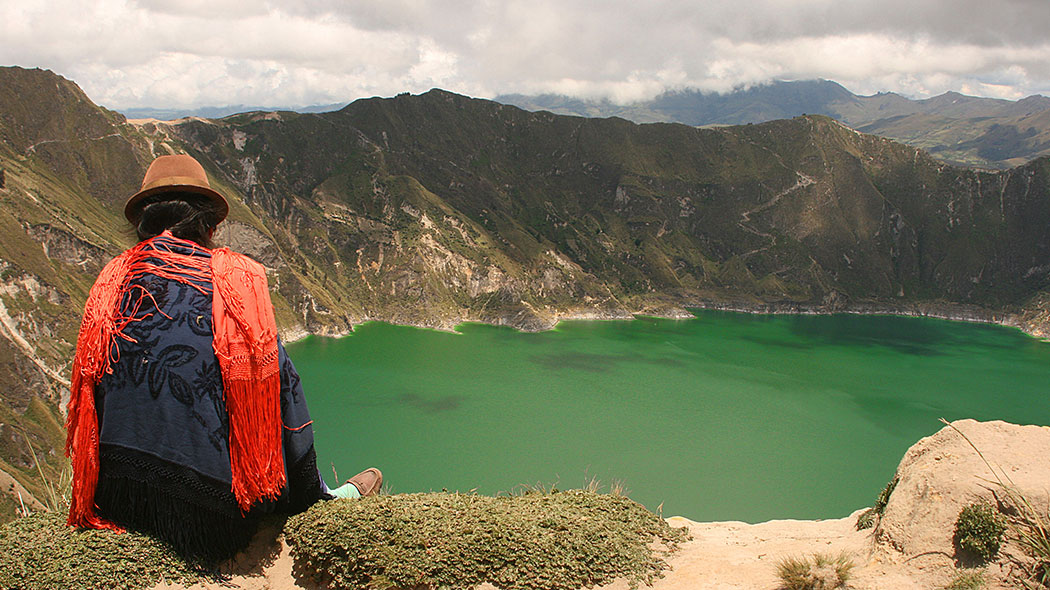 Stories of love and heartbreak at the Av. of the volcanoes

One of the routes you can not miss when traveling through Ecuador is the Avenue of the Volcanoes. This consists in several volcanoes, snow capped mountains and hills in the center and north of Ecuadorian Andes. But before you get to know the giants, you must know the love story of the volcanoes of Ecuador.

Considering that, from the indigenous worldview, the Earth or Pacha Mama (Mother Earth) is a living being, the beings that inhabit in it, such as volcanoes and mountains are living beings too. This is why they have their own stories: they feel, dream, act and interact with each other.

Legends of the volcanoes of Ecuador

The mama Tungurahua and its idylls

You must have something clear, the Mama Tungurahua is a heartbreaker. Several love affairs are known to this Volcano of 5.023 meters above sea level, which vary according to the indigenous community that tells it.

Perhaps the best known love story of the Ecuadorian volcanoes is the battle between the Cotopaxi and the Chimborazo to conquer the Mama Tungurahua. They say that the Taita (Father) Chimborazo was the winner and got married with the Tungurahua volcano. The Pichincha volcano was born from them. It is believed that when he cries Guagua (Baby) Pichincha, Mama Tungurahua gets worried.

The tears of the Quilotoa

The Ilinizas are the parents of this legend. When their daughter, Quilotoa, fell in love with the Cotopaxi volcano, the Ilinizas did not agree with that relationship. Quilotoa erupted of the fury and its crater was created. Then her desperate cry filled the cauldron with turquoise tears.

From this story you can reach to the conclusion that an unparalleled beauty can be born from a broken love. Visit the Quilotoa lagoon nearly 4,000 meters above sea level, it is a unique spectacle of nature.

The love stories of the volcanoes of Ecuador have a social function in the country’s indigenous cultures. Besides regulating the morals of the community, they explain natural phenomena.

Any questions related to Stories of love and heartbreak at the Av. of the volcanoes?